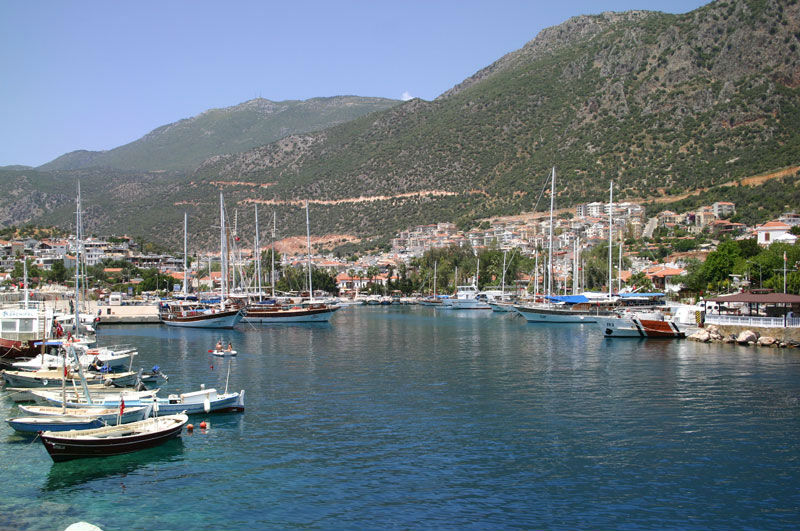 Kaş was the Greek Antiphellus and was populated by Greeks until the 1921 population exchange.

Today, Kaş is one of the most appealing towns along the coast with numerous restaurants, good facilities and reputed great nightlife.  As such, be prepared for a little noise at  night if moored in the harbour.  Behind the village are some Lycian rock tombs, many of which are beautifully lit at night.

The only drawback in Kaş is the intense gulet traffic in the harbour and the resulting limited space for visiting yachts.  The harbourmaster is on hand to direct visiting yachts to a berth.  His job is not an enviable one, since the gulets arrive and depart constantly throughout the day.

Yachts are directed to berths on the SW quay, as others are occupied by private and tripper boats on laid moorings. A heavy mooring chain lies along the harbour floor and needs to be avoided when anchoring.  This often means being almost under the bows of vessels on the opposite quay and using around 35-45 metres of chain.  Be sure that your anchor is well dug in, since there can be occasional strong winds from unusual northerly wind patterns combining with the evening down flow of air.  It can send gusts of 25-30 knots across the harbour in the late evening and early morning.

Alternatively, newly built Kaş Marina in the inlet across the peninsula, offers 470 berths.  While apart from the liveliness of Kaş, there is convenient taxi service for the very short ride to the town centre. 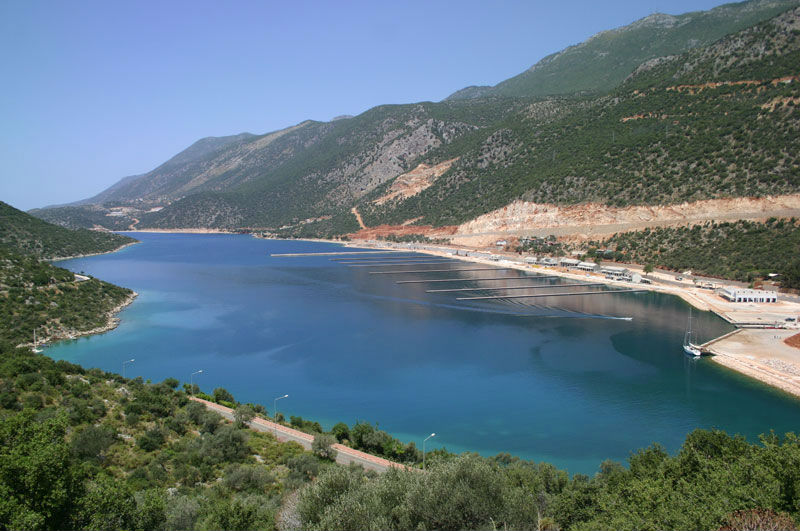 Back to One Week Itineraries …

Back to Two Week Itineraries …